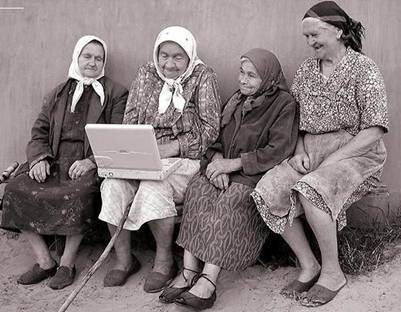 The first time I heard this expression, it was used at a “Women in Tech” conference, by the inimitable, unflappable Debra Lam. Since I’ve long been a women’s studies scholar, first nailing down my degree in Creative Writing at Slippery Rock University, where I dug in deep in the ideas of women and film, women and parenting, women and everything…I was intrigued by the application of a Bechdel Test for IT.

For those unfamiliar with the Bechdel Test, it is this:

First applied to film by graphic novelist Alison Bechdel, creator of the comic “Dykes to Watch Out For” and the graphic novel turned Broadway

musical, Fun Home, the Bechdel test has three simple rules – a film must have (1) at least two female characters who (2) speak to each other about (3) something other than guys. You’d be surprised how many films fail this test. The Harry Potter films fail it. The original Star Wars Trilogy fails it. The Social Network fails it. Even Minions fails it. Sigh, Pixar.

So what does some feminism test for films have to do with the high-tech sector and tech writing and jobs, you might ask? Well, for starters, I spend a decent amount of time reminding folks that although I am a writer, and I will always be a writer first and foremost, my job is indeed in the tech sector, therefore, I am a woman in IT. Go figure. I spend a fair amount of time mingling, or trying to mingle, with other women in tech. I spend some energy encouraging young women to think

about tech in new and different ways. I enjoyed reading Gone With the Wind  as a young teen girl, and my first BA is actually in theatre, and in my spare time I write Creative Nonfiction. I subscribe to The New Yorker – I’m into literature. My second MA is in English Literature with a concentration on the female voice. But I digress, because my job – the job that pays me well, the job that interests me every day and keeps me excited – is the job I trained for, and it is high tech. And this Bechdel test for IT asks us to hang out at any gathering for tech women and listen to a panel of speakers to see if those speakers can possibly talk to women in tech without asking,

Instead, look at the women in the room and say, “Let us empower you to do the best job you can. Let us give you the tools to create stronger paths, better examples for those who are watching you from home, from school, and from outside the workplace so that they can see what a cool job you have.”

At this particular conference, I was struck by how many women indicated that their role within the tech company for which they worked was in HR and how few were programmers, but then I wondered if their respective companies had sent them on a bit of a hiring mission – fair enough. Gather resumes, business cards, expand our network. Fair enough. We all want to grow. So let’s grow. Stop asking, “Where are the women in IT?” We are here, we are writing, we are hiring, we are watching one another work, we are just not making it look terribly glamorous yet is all. We just need to set the parameters for the Bechdel test.

Another woman at the conference was a fantastic speaker and leader named Tacy Byham. Tacy is the CEO of DDI, a local (to me) Pittsburgh-based company. It is actually a global, world leader, but I’m lucky enough to have her in my hometown. One of the things Tacy mentioned at this gathering was the propensity to “lead like a girl.” It was brilliant, because by the time we are women we’ve constructed all these false notions that our leadership is somehow different than it is from men, and yet it isn’t. When we are girls, we are every bit as capable, we think we are every bit as strong, smart, fast, clever, you name it – but then we alter our perception and somehow we think we are not. We think we are less than, and we let the guys step in.

When I left for my first semester of college in 1988, I took with me an Apple IIGS, one of the first real personal computers, and a binder full of 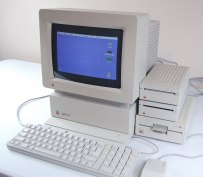 floppy disks for Print Shop Pro. I had no idea I would be an English professor and eventually land where I work now. But being open to concepts like the Bechdel test, writing as a form of technology, not pigeon-holing myself as “only literary,” and diving in to new concepts and methods – all of these things mean that if I can loan that concept to just one more woman who is entering the workforce in IT and not ask the question “where are all the women in IT?” it is a win for us together. Because the woman I am talking to, writing with, who is collaborating with me then and there – SHE is a woman in IT. She is a woman in leadership. As Tacy put is, she is leading like a girl.

So, as 2016 approaches us, let’s all give the Bechdel test for IT a real shot, shall we? No more “where are the women…?”

Because – here we are.